The fastest way to an inspirational mission statement

The fastest way to an inspirational mission statement

If you want to change the world, one thing you will want to do is inspire people around you to join in this effort.  So, how do you create an movement within an organization that people will want to join?  Whether you are starting a green team, updating your company’s messaging to address the triple bottom line, or working with a non-profit group that hopes to influence the world, you can start with a vision statement and mission statement.  Take a look at our earlier blog on developing vision statements … in this blog, we attack the creation of dynamic and exciting green mission statements.

So, what is a mission statement? 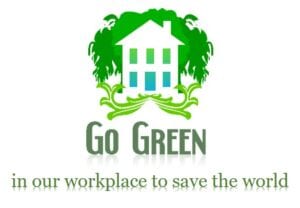 Green teams need mission statements to help them tie their day-to-day activities together towards accomplishing a positive and noble purpose. 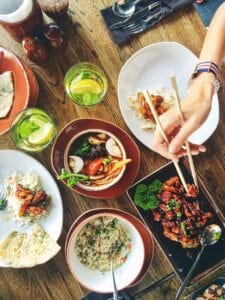 Using a “Chinese menu” approach is an especially fun way to do this!

What it looks like. This approach to developing a mission statement has been called the Chinese menu approach. In it, you will brainstorm four lists, and then combine pieces from each one to create an inspirational green mission statement in less than an hour.

As you look at the team working, you may see an initial quiet moment, as team members are unsure of what they should be saying. Then there are spurts of ideas, with the recorder capturing the ideas as quickly as possible, so as not to lose any. The team moves from one question to the next.

Then, as the team completes its work on each category – occasionally leaping back and forth between categories – the facilitator leads the team into the next step. The team identifies the answers to the questions that resonate with all of them. They may wish to modify, or add to the list, as they select one or two from each category. The team pulls together compatible ideas that tell the world who they are, what they do, for whom, and why. The team prunes and shapes ideas until they start feeling wonderful about their task. They will eventually sit back, satisfied with the words that define their mission.

Step 1. Set up. On a flip chart or white board, draw a table with four columns on it. Label the columns: Who we are, What we do, For whom, and Why (i.e., something inspirational). Choose a recorder. As the person who knows the most about the activity, you can be the facilitator.

Step 2. Brainstorm. Let the team brainstorm four lists describing the mission of the team. In accordance with the rules of brainstorming, write every idea down, with no judgment on any of them. You do not have to complete each column before moving on to the next. You can always add more ideas to earlier columns as they occur to people. Don’t be too quick to stop if there is a silence. Be sure to get at least a half dozen ideas in each of the columns. Ten-twelve ideas is not too many.

Tip. If there is dead silence, you might provide a little prompt with a couple of ideas. For example, Who we are could include Environmental enthusiasts, Concerned employees, or Global citizens. What we do could include Taking positive actions, Conserving resources, or Changing hearts and minds. For whom could include Our company, Our community, All Americans, or Future generations. Why could include To make a difference, To create a better future, or To honor God’s creation (particularly suitable for churches and other spiritual green teams). Notice that these columns are not exclusionary – there could be some overlap. Let that happen naturally – again, refrain from challenging any idea.

Step 3. Combine. Once team members have exhausted their ideas, ask them to select one or two ideas from column A, and the same from columns B, C, and D. Combine them into one statement, then smooth the statement so that it rolls off the tongue.

I have seen this used successfully numerous times. The best example I ever facilitated was by HQ First Air Force at Tyndall Air Force Base, when the Air National Guard was assuming the responsibility of air defense of the continental United States from the regular Air Force. They came up with:

Not quite as concise, but nevertheless a pertinent mission statement developed by our American Sustainability company using this method is:

Responsible stewards leading the creation of practical, innovative, and effective solutions to people, planet, and profit problems for all Americans

Tip. The team’s tendency will be to love so many ideas that the mission statement is somewhat convoluted. Try to get them to be as concise as possible, but don’t be surprised if they really want to keep more than one idea from each column. As long as they are happy with the final statement, let them keep it. They will find it inspirational.
Why this works. This process works because it is fun. All members of the group generate ideas; therefore, all have a say in crafting the final mission statement. They buy into the mission of the group, and buy-in is critical for ultimate success. This approach always generates a mission statement the group finds inspirational (as far as I have seen, and I have seen hundreds of these created). 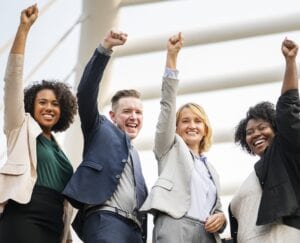