Home/Common Ground, Featured, Greener Communities, Life Balance/How is Oprah like Glenn Beck? And what you can learn from this…a new year’s resolution for the rest of us

I must tell you – I am so tired of being angry.  It’s not in my nature to be angry, but the last two – no, make that the last 15 years – have been incredibly frustrating. 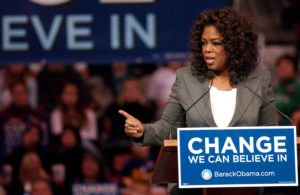 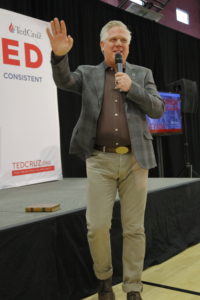 What on earth could they have in common?

Five great ideas (and one bonus – the greatest idea of all time):

Both say we are more divided today than ever, and we need to take positive actions to heal the divisions in our country.

Oprah devoted the May 2018 issue of O – The Oprah Magazine to “This month’s big question: What can we agree on?” This January, she returned to this theme on the cover of her magazine, saying, “Make time, make peace, make change, make love, and make sure your voice is heard.” In her intro letter in the magazine, she says, “So here comes 2019: a great time for a fresh start. And if you ask me, an even better time to find some common ground. I firmly believe that coming together – whether by drawing loved ones closer or setting aside differences with people who don’t see things as we do – makes us better, kinder, stronger human beings.”

Glenn has been on this crusade at least since his Restoring Love event in 2012 (full disclosure – I attended and loved this event). In April 2018, he and his very liberal friend, Riaz Patel (a gay, married, adoptive father, Muslim, Pakistani immigrant and Hollywood producer) hosted a dinner discussion called, “Make America Dinner Again,” in which they gathered a very diverse group to “explore their vastly different viewpoints.” Most recently, Glenn published his book, Addicted to Outrage, in which he likens anger provoked by the political rhetoric to an addiction such as alcoholism. And like an addict, we have to take definitive steps to recover from the outrage we have actually grown to crave, even though we know it’s not good for us. He says, “…it begins with us and our willingness to suppress the ‘outrage’ and look at all sides.”

Both are listening – and asking us to listen – to people who don’t agree with us.

Oprah, in the May 2018 issue, said: “Here’s to trying our best to hear each other out. If more of us did that, I believe our differences wouldn’t seem so big after all.”

Glenn, in Addicted to Outrage said: “When I am listening, really listening, I discover something truly game-changing. We many times – not always, but much of the time – are saying almost the same exact thing, just with different words.”

Both have done their research. Ever heard of The Righteous Mind, by Jonathan Haidt? Both Oprah and Glenn use his moral framework to help them understand the political divide. The Righteous Mind is one of the most brilliant books ever, based on sound research, on what we care about – differentiating between conservatives, liberals, and libertarians. It’s so important, I want to digress a little to share it with you:

In the intro to The Righteous Mind, Jonathan Haidt says: “there’s more to morality than harm and fairness. … the righteous mind is like a tongue with six taste receptors. Secular Western moralities are like cuisines that try to activate just one or two of these receptors—either concerns about harm and suffering, or concerns about fairness and injustice. But people have so many other powerful moral intuitions, such as those related to liberty, loyalty, authority, and sanctity.”

His six moral foundations are:

Compassion: We want to help those in need; we hate those who hurt others

Loyalty: Being a team player is good; betrayal is wrong

Authority: It’s good to honor our parents and others we are supposed to respect: bosses, pastors, leaders, police, and politicians (maybe)

Sanctity: Some things are so sacred, we are appalled when they are desecrated.

What resonates with you? Jonathan Haidt’s fascinating research shows distinct differences between people professing different political stances. Liberals tend focus on compassion and fairness; libertarians focus almost exclusively on liberty with some concern over fairness; and conservatives spread their concern over all six moral foundations. The PDF on his website show the following three images: 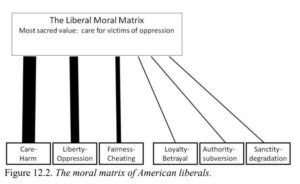 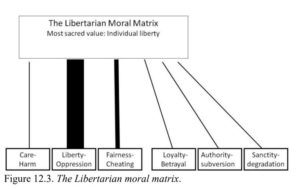 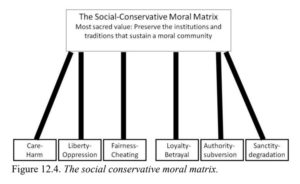 Both Oprah and Glenn suggest this framework is a great way to understand points of view that are very different from ours – and can help us find the words that will communicate rather than turn off “others.” We need to learn to speak their language if we want to find common ground.

Both suggest rules of engagement when talking to others:

Oprah cites Better Angels, a bipartisan citizens’ organization’s five tips: (1) Paraphrase to make sure you understand the other person and the other person feels heard; (2) Ask clarifying questions (not challenging ones); (3) Use “I” statements (e.g., I’m worried that…) rather than “truth” statements (i.e., My position is the truth); and (4) Don’t take the bait – don’t react to another’s provocation.

Both warn us to watch ourselves around media – especially social media

Oprah. In the May 2018 issue, the article Inward Spiral: How Facebook really keeps us in the loop, opens with, “Last year, two-thirds of U.S. adults reported getting at least some news from social media, with Facebook in the lead. But that open forum can become an echo chamber, limiting our perspecgtive and reinforcing our worst ideas about the other side.”

Glenn: “Social media websites have been the final nail in our proverbial cultural coffin, fulfilling yet another desperate weakness and addiction for human beings: a sense of belonging, validation, and acceptance by the tribe.” – Addicted to Outrage

Finally, they both cite the greatest idea of all time: Oprah and Glenn ask us to love one another. Honoring and respecting others is the best way to reduce the differences between us.

There are more things these two have in common, but I’ll let you find them. Read Oprah’s May 2018 and Jan 2019 articles and compare them to Glenn’s book, Addicted to Outrage. If they have so much in common, the rest of us almost certainly will!

So, how should we respond to these excellent ideas? I propose we make the best New Year’s resolution we could ever make: to apply these ideas to our lives.

In that light, this year I promise to:

Seek out my liberal friends and family, and really listen for why they have their position. Chances are, it will be grounded in their moral foundation and experiences.

Seek out truth (recognize the bias in all sources of information). This is really hard! I learned when I studied the global warming issue that both sides cherry-pick facts to support their argument. Since it’s impossible to have perfect knowledge, I should keep an open mind and consider facts on both sides of an issue (and recognize that others will have sincere beliefs based on their selected set of facts.)

Seek common ground. There is almost always a win-win option – something on which we can all agree. Miles McPherson, former quarterback and current pastor of The Rock church in San Diego, suggests seeking The Third Option for racial reconciliation – and that works for all issues. He calls for us to refuse to be forced to choose one of two sides, but to choose to recognize all people as having value, leading us to include their concerns in our own positions.

Seek a path forward. It does little good to finding common ground if we do not take action to find solutions we can all embrace. I have tried to do that through my role as a college professor teaching practical sustainability solutions. I plan to expand that this year. I have already found some terrific partners to start our American Sustainability publishing business. American Sustainability is all about developing pathways toward sustainability through consensus, regardless of political, environmental, or social views. This is my path forward to reducing the differences between us.

So – that’s my plan. Always be open to listening, hopefully inspiring others to do the same. And I intend to take a deep breath whenever I feel that old “righteous” anger and pray for peace!

What will you do in the coming year to bring us together? What’s your plan?